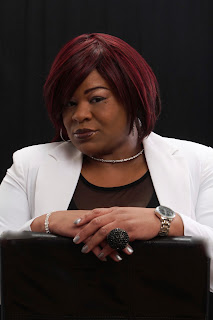 Monique Lynelle Gray was born in Hartford, CT, and grew up mostly in Philadelphia, PA.  Monique Lynelle has an EP out entitled "Get Lifted Up." She is a member of DCTV and recently became a certified producer May 2016, and her class’s work will air on DCTV by this summer on “Student Exposure.” She is a PMF (Presidential Management Fellowship) finalist 2016. She started her own small business selling jewelry, books, music, and provided hair services it was initially called Dynamic Diva Enterprises in 2012, and has evolved to Dynamic Destiny Enterprises now. Monique Lynelle is now working on movie productions in 2016, and is screenwriting her first film, so be on the look out for her documentary and other projects. She worked with In The Community, Inc., ITCTV (In The Community TV) and We The Veterans, as a host and actress in 2015, where she starred in her first movie role and has completed her first music video “Day to Day.” She completed her Master’s degree in Entertainment Business at Full Sail University in 2014. She also attended the ECMA (Excellence in Christian Music Academy) in 2014.  She is a certified cosmetology instructor and licensed cosmetologist.  Monique Lynelle is the author of “Blessed in the Midst of the Storm,” “My Journey at 30,” as well as “A Teen’s Guide to Succeed in High School.”  She obtained a Bachelor’s degree in Strategic Communications with a concentration in Public Relations from Temple University in 2012, and she also received an Associate’s degree from Central Texas College while serving in the United States Army in 2008. She is determined to overcome the obstacles that have come in her life and strives to complete her goals.  Monique Lynelle is a singer/songwriter, with an album entitled “Love of the Music,” and has new music that will be released in 2016. Her soulful sounds take you on a journey, and the beats just float with the melodies, like poetry in motion.  She was also a semi-finalist for the “Hype Hair Magazine Natural Beauty Contest” in 2010 and 2011.  She has competed in the “Big Beautiful Women’s Pageant” in 2012 and 2013.  Throughout the years she has volunteered for various organizations, including the American Cancer Society in the Look Good…Feel Better program.  Monique Lynelle hopes to inspire people through her story and help bring out the best in others.  Her motto is “Quitting is not an option.”  Find out more at http://MoniqueLynelle.com

As a current independent artist, it is important to gain exposure and to also have a place to perform or allow others to hear your music. MLMusicBox.blogspot.com is a blog to help indie artist, label artist, producers, film, television and music gain exposure. This blog is to help artist find out about each other and hopefully have a chance to network. It is time to be a part of the solution. Let’s do this together. Thank you for your time and stay tuned for more information about some awesome talented artist!